Is The ‘World’ Missing From ‘World Diabetes Day’?

I have been thinking a lot about World Diabetes Day, especially as it is now November, which is known by many of us in the diabetes community as diabetes awareness month. I love that there is a lot going on in terms of social media and general sharing about diabetes. Because diabetes is an ‘invisible disease’ where people with diabetes ‘look fine’ on the outside but actually have to think about and deal with our diabetes on a constant basis, I really appreciate a whole month where those of us living with diabetes can educate others. It’s great to see non-diabetics getting a glimpse of what it is like to live with a mostly self-managed condition 24/7.

Despite all of this positivity, I do find that there is a lack of focus on the most pressing diabetes issues around the world. Since 1991, November 14th has been known as World Diabetes Day, but I wonder if World Diabetes Day this year will serve to raise awareness about the biggest global problem that people with diabetes are facing – access to insulin, supplies, and education?

Each person living with diabetes has his or her own needs and opinions about what is the biggest obstacle or problem they face in living with the disease. I understand and fully appreciate that all issues are relative to a person and his/her experience and situation. For example, some people are fighting for insulin pumps and better clinical care, or more accurate test strips. I appreciate that, as I myself am pushing to receive funding to be able to use a Continuous Glucose Monitoring (CGMs) system in order to try to make sense of my ever-erratic blood glucose readings which can cause extremely detrimental high and low blood sugars. We all want to be able, and feel we have the right, to access the best and most accurate medicine and technology.

As a global diabetes community, shouldn’t we be tackling the biggest, most detrimental problems first on days when we unite as one voice to make change?

While we are staunchly fighting for pumps and CGMs, there are bigger, more life-threatening issues to be dealt with. For example, people living with diabetes amidst the crisis in Syria are paying up to 10x the regular price for their insulin on the black market. Others are suffering complications because they must weigh the cost of insulin versus food and cannot afford a regular supply without putting the rest of their family at risk of starvation. Even worse, many children are dying before ever being able to receive any insulin, possibly before knowing they had type 1 diabetes at all.

We know and have seen the power of the global community, especially the power behind the diabetes community itself. On a day dubbed ‘World Diabetes Day’, shouldn’t we be truly thinking of the world and the biggest priority for global diabetes? As a community, shouldn’t we be rising up on World Diabetes Day to make the globe aware of the injustice and inhumanity that, despite insulin being widely available since 1922, many people are still dying because they cannot access or afford it?

I’m not saying we should stop fighting for better test strips and more availability of CGMs and Insulin Pumps, but right now people with diabetes in the worst situations don’t necessarily always have the ability to speak out about their priorities and battles. Wouldn’t it be wonderful if we could use World Diabetes Day to find ways to give them a voice? I know that uniting and using the huge amount of passion and influence that comes with being a large and caring community will allow us to tackle the big issues and come up with a way to empower others and make real change. Once we’ve resolved the biggest issues - the life or death ones - we can keep going all the way, until there’s a cure.

Join our #WDD2014 #insulin4all campaign and be part of the movement to put the WORLD back in World Diabetes Day. What better time is there to ensure that everyone living with diabetes around the world is not forgotten and that we advocate for their right to a healthy life with diabetes? Let's speak out about a truly global injustice that CAN be overcome if we make it a priority, especially on days like World Diabetes Day. 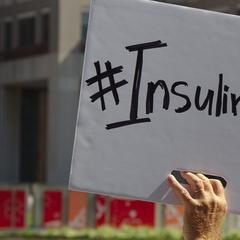 It is World Diabetes Day (WDD), which is the highlight of Diabetes Awareness Month. We asked our supporters if this month was a time of celebration or mourning. Most chose celebration, but quite a few chose mourning. It was a bit of a trick question to be honest, as most of us will have a mix of emotions today.
Read more 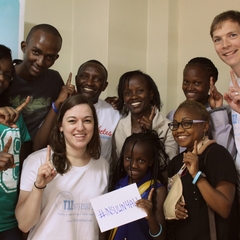 I want people to understand that type 1 diabetes is not just something that people manage by simply taking some medicine and getting on their way. For many, it invades every part of our life, every day, and sometimes every minute. It sucks joy and causes unhinging worry. Read more 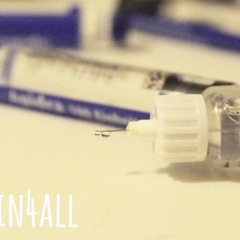