No Blood Glucose Testing in Gaza

We live in a dangerous area, so it's hard to be in a good mood. There are wars. I try not to be scared when I hear bombs.

It is challenging to imagine living in Gaza at all, but to consider what it might be like to live with type 1 diabetes there is nearly impossible.

Here are some quick facts about Gaza:

Life is difficult for many of the 1.5 million Palestinians who live in the Gaza Strip. Access to enough food is a challenge, there are often power cuts, and many people are unemployed with little money to buy things.

When it comes to healthcare, the situation is also strained. Health facilities are overworked and struggle to meet the increasing demand of the patients. The United Nations Relief and Works Agency for Palestine Refugees (UNRWA) provides health care in 22 centres to most of the Palestine refugees in Gaza.

"Across the Gaza Strip, psychological trauma, poverty and environmental degradation have had a negative impact on residents’ physical and mental health; many, including children, suffer from anxiety, distress and depression."

There are 1,050 type 1 diabetes patients registered with UNRWA. T1International recently spoke with one of those patients. Deema helped us get a sense of life with type 1 diabetes in Gaza. 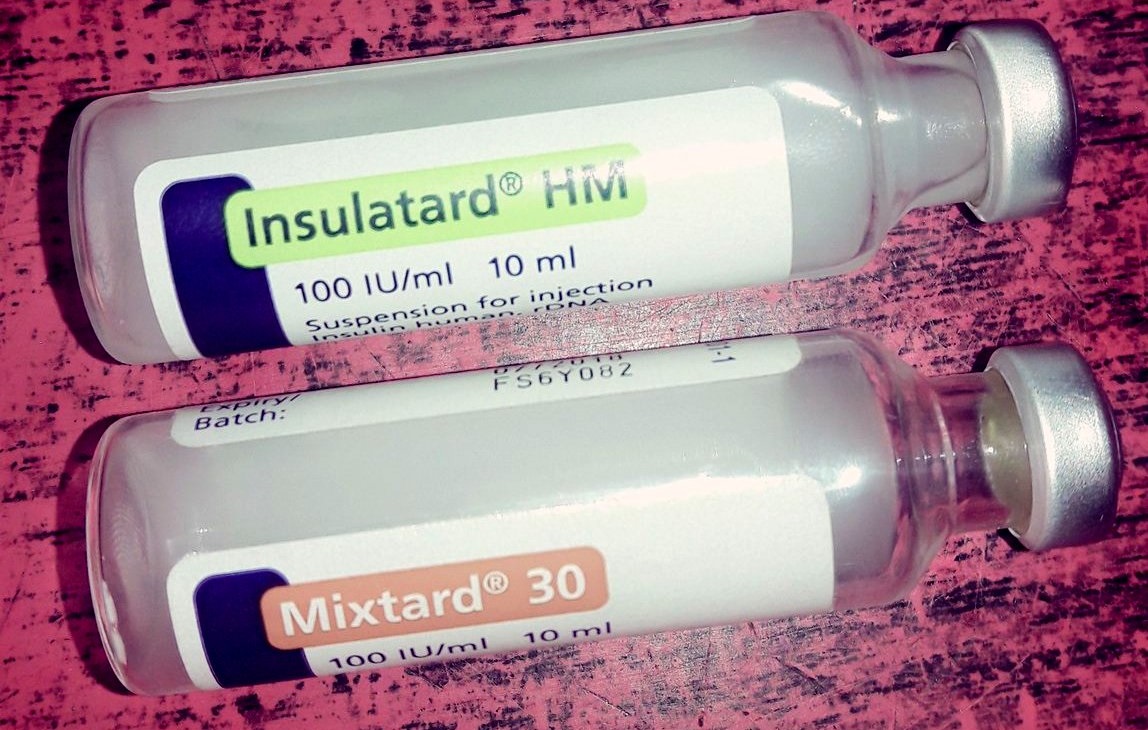 "I have been suffering since 2004, for 15 years. There's a big clinic here in Gaza, Al-Rimal Clinic, that UNRWA supports with medicine. Every month, I go there and I have medical analysis, and I get free insulin that is provided to us, the refugees. There's a doctor there who helps me," she said.

However, some reports note that healthcare systems in Gaza are deteriorating. Deema explained, "There are specialist doctors here, but in personal clinics, so you have to pay money."

We asked her if anything else was provided to people with diabetes, aside from syringes and insulin. She told us that budget cuts meant that blood sugar test strips were no longer provided. "UNRWA's budget forced it to reduce subsidies, so they are now providing us with insulin, needles and medical analysis only. I was testing my blood sugar everyday, but now I have to buy the strips to do it, so I no longer test it everyday. Now, I only do it every month," she said. "Luckily, I can feel it if my blood sugar is high or low."

Recently, an independent UN human rights expert wrote a report to the Human Rights Council in Geneva highlighting health and welfare issues faced by Palestinians living under Israeli blockade. International law mandates that occupying powers must ensure that the right to health is upheld during the term of the occupation, so the report recommends that Israel ensure provision of reliable and accessible healthcare.

We asked Deema if she is ever able to connect with other people living with type 1 diabetes, but she said no. Obviously, UNRWA has a lot of competing priorities, but it would be valuable if they allowed the 1,000+ patients to meet each other and spend time together, both for emotional support and other potential benefits.

Incredibly, despite the hardships she faces in Gaza, Deema says, "I hope things will change in my region, but I will keep fighting, and others should too."

The crisis in Syria has torn the country apart. According to the UN special envoy for Syria, an estimated 400,000 people have been killed in the past five years of civil war. We have also seen and read about thousands more deaths among those trying to cross the Mediterranean to safety. Read more

This winter I traveled to Lebanon for a needs assessment study of Syrian refugees receiving diabetes care in Médecins Sans Frontières/Doctors Without Borders (MSF) clinics. It’s not well-known but before the conflict began, Syria had about the same proportion of people living with diabetes as the USA... Read more

Now, after the crisis, most hospitals and dispensaries have been destroyed, their instruments stolen. Most doctors have escaped outside of the country and we have 12 million refugees, which means half of Syrians are now out of country... Read more