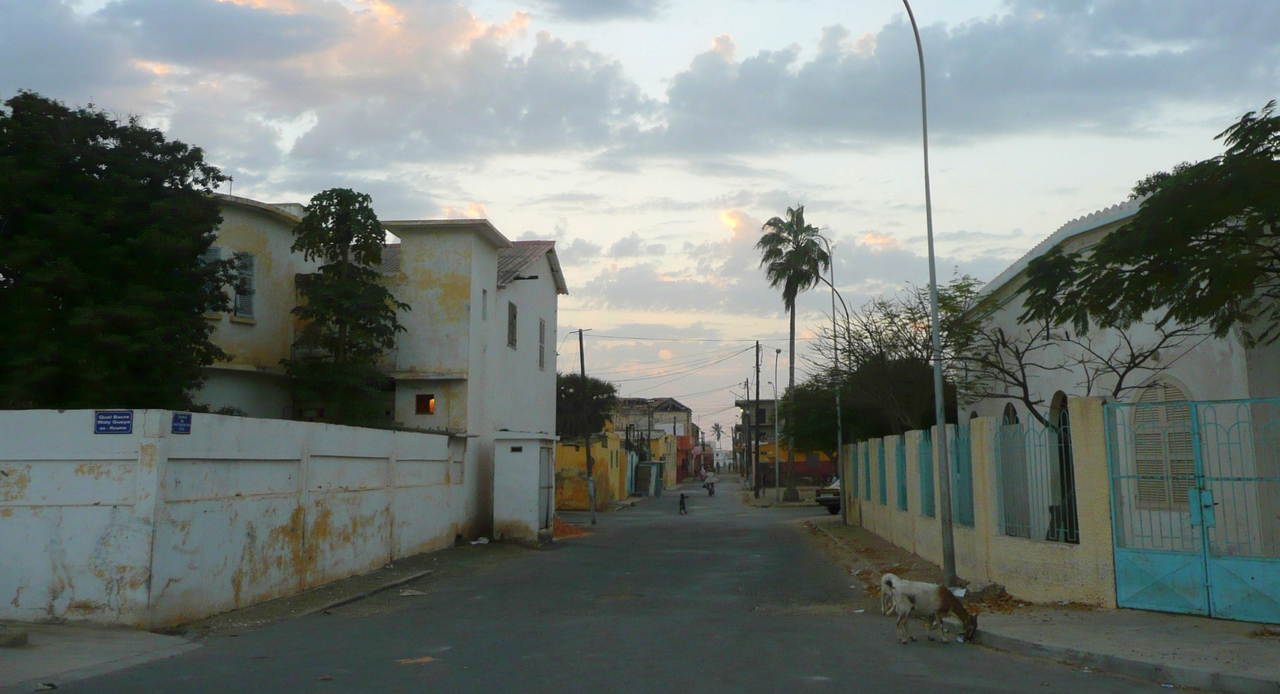 I stood in disbelief as the same few unfamiliar suitcases glided past once again. I had just landed in Dakar, Senegal for a semester-long stay, and the carry-on bag I’d been required to check at the gate had not arrived. It was full of my diabetic supplies, so I had protested, but the gate personnel in Amsterdam assured me that I would have it back safely on the other end. They smiled airline smiles and explained that I didn’t really have a choice, since the cabin storage was full.

Stress seeping in, I went to talk with the baggage claim staff and was ushered into a dimly lit room with a cluttered desk and luggage piled everywhere. My French was rusty and communicating the gravity of the situation felt impossible – explaining I that could die without the contents of my bag sounded dramatic to my own ears, but also true.

The bag contained a six month supply of pump reservoirs, infusion sets, and back up syringes. Luckily, my insulin pump had almost a full cartridge in it, and I had my insulin and glucose testing supplies in my backpack. I figured I had at least a couple days to wait for my bag to be found before needing a Plan B and left the airport with a phone number I could call to follow up.

My program had arranged for a small group of exchange students to spend the first two nights in the capitol, Dakar, at a compound owned by a wealthy Senegalese couple connected with the university. After that, we would head north to Saint-Louis, around five hours by car. I was lucky to have their assistance in communicating with local airline staff and in seeking out a back up plan, should the bag not arrive. Concerned that the insulin in my pump would run out, I first tried to get syringes from a pharmacy, but could not do so without a local prescription. So as my mom researched airmail delivery times from Minneapolis to Dakar, my hosts arranged a house call with a local doctor.

The doctor, who came highly recommended, arrived and we discussed the situation. I explained that at very least I needed syringes in order to get the insulin I had into my body. He asked me what felt like a million questions about my diabetic history, and challenged me on several of my answers. Before long I realized that his understanding of diabetic management was feeble at best. He agreed to provide me a prescription for some syringes, but insisted on also giving me a dosage scale. The amounts he wrote were frighteningly off base, and the encounter left me a little stunned.

Three days later, the bag arrived, and my diabetic life went more or less back to normal. I was left, however, with a memory of the absolute urgency of not having what I needed to keep myself healthy and the challenge of confronting various barriers. I was also floored that the doctor I’d met had so little understanding of type 1 diabetes. What if I didn’t understand my own condition well enough not to listen to him? What if I was in ketoacidosis and couldn’t decide for myself? He may not have been a specialist, but he was confident enough to make medical recommendations about a condition he didn’t understand fully.

During my stay I spent time with a wonderful host family in Saint-Louis. My host mom, a type 2 diabetic, talked with me about diabetes on several occasions, as in her own case it represented a significant burden and she was interested in my insulin pump and daily regimen. As I tried my best to explain the differences between types, I learned more and more about the challenges of living with any chronic condition in Senegal, but especially one as cumbersome and expensive as diabetes.

Towards the end of my time in Senegal, a fellow student got sick and was hospitalized for several days. I accompanied her as she was admitted into the public hospital and was distressed by the condition of the facilities. People were lying on beds scattered throughout the halls, with rooms at capacity. No water or mosquito nets were available for patients unless brought by friends and relatives, and there was a general air of desperation. Eventually, when her payments went through, she was moved to a much better room. She underwent numerous tests for her illness, which they were unable to diagnose, and she returned to the US. I thought back to my own type 1 diagnosis and wondered how differently my life would have been if it’d taken place there instead of in Minnesota, especially if my family didn’t have the means to pay for a decent room.

My diagnosis represented a major life change for my family but not a threat to my general well-being or my family’s financial stability. I was a happy kid before my diagnosis, and remained one as I learned to live with diabetes. My dad had a professional job with solid health insurance. My mom was able to spend countless hours taking me to appointments, sitting on the phone with insurance companies and pharmacies, and networking with other families to borrow supplies when needed. I didn’t really understand the relative privilege I enjoyed having access to everything that I needed.

It took experiencing a situation where the healthcare available felt scarily inadequate to truly internalize the medical privilege I have enjoyed throughout my life. My time in Senegal put the hardship of diabetes in perspective and helped me truly appreciate the resources that I have. My own diabetic management is exhausting and wildly expensive at times (especially in the years since I lost coverage under my parents’ insurance), but at least for the time being I am lucky enough to have access to decent healthcare and to the medication and supplies I need.

The lessons I started learning during my time in Senegal remain very important to me. Since then, I’ve come to understand the complexities and challenges of life with diabetes better. I’ve realized that one person’s experience with diabetes is just that: one person’s experience. Yet we have much to learn from each other! Factors like where you live can play a significant role in determining your lot, but there are a whole host of other elements to contend with as well.

In order to understand the challenges we collectively face as people with type 1 diabetes, we must seize opportunities to learn from others and be willing to step outside our own comfort zones. Doing so will help us gain greater perspective and remind us that we’re all in this together. My time in Senegal helped me understand firsthand the challenges that many face on a daily basis. I’m so glad that organizations like T1International exist to raise awareness and to foster the systematic changes that are so greatly needed and so long overdue. 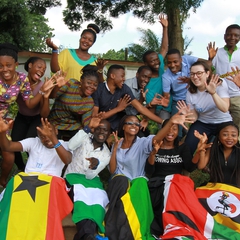 ‘Pamoja’ is a Swahili word that means together. This was the underpinning spirit of the advocacy training. Pamoja advocates worked together on education-focused advocacy goals throughout the training. Goals are country-specific, but similar enough that sharing and support can happen between all the advocates from each of the five countries. Read more 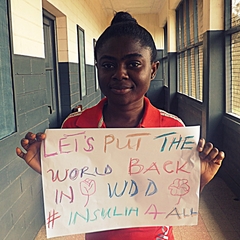 Four Challenges of Life with Type 1 in Ghana

Diabetes is responsible for thousands of disabilities and deaths in Ghana. The health system has not matured to manage diabetes effectively, especially type 1 diabetes. Studies available on type 1 diabetes care in Ghana are almost non-existent... Read more 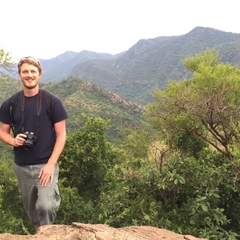 I was living in Gabon, on the west coast of central Africa, at the time of my type 1 diabetes (T1D) diagnosis. I did not have common symptoms that generally go along with the discovery of T1D, such as weight loss... Read more