T1International is outraged, though not surprised, to see pharmaceutical companies once again put profit over human lives. On Tuesday, the Pharmaceutical Research and Manufacturers of America (PhRMA) filed a lawsuit against the state of Minnesota to challenge the Alec Smith Insulin Affordability Act.

T1International Charity Ambassador Nicole Smith-Holt shared her frustration on Twitter: “Throwing up roadblocks to securing affordable insulin for the people of MN, haven’t they taken enough innocent lives? How many more bodies are they looking for? When are they going to realize we are not going to stop fighting?”

The passage of the new law, named for Alec Smith, Smith-Holt’s son who died at age 26 from rationing insulin, was a significant win for patients in Minnesota. It passed in April 2020, after months of hard work and difficult compromises made by #insulin4all advocates in Minnesota.

The law enables people with diabetes in Minnesota to access an emergency 30-day supply of insulin for a $35 copay. It also includes a plan to ensure more sustainable affordability for people with diabetes who are uninsured or underinsured, including those on Medicare and those with high copays.

The PhRMA lawsuit argues that the law takes property from the manufacturers “without just compensation,” as though the billions of dollars these companies extract from people every year, at the expense of their health and financial stability, is not an injustice that demands action. For the drug companies that produce insulin, the program that this law creates would amount to a drop in the bucket compared to their overall revenue. This lawsuit demonstrates the depravity of drug manufacturers that value profit above all else.

At Governor Walz's July 1st Briefing Update, Nicole spoke about the pharmaceutical companies and their last-minute lawsuit, saying that the industry is “putting profit over people and standing in the way of smart, workable solutions.”

“These are the same people who have driven the price of insulin up simply because they can,” Smith-Holt said. “…all Minnesotans should be disgusted with this attitude.”

In Minnesota alone, the families of two patients have come forward to share stories of loved ones who passed away due to insulin rationing. In addition to Alec Smith, Minnesota resident Jesy Sherer-Radcliffe passed away in 2019 at the age of 21. The Alec Smith Bill is a step in the right direction, setting a clear way to support those who are struggling and enabling a plan to work towards long-term solutions.

It is clear that the pharmaceutical industry can see only one thing - their bottom line. Pharma can be sure that patients will not give up now. We will not stop speaking out and we will not stop showing them the real price we pay for their greed. This fight isn’t over.

T1International and Partners Statement on Victory in Emergency Insulin Case

We know this battle might not be over, but it’s clearer than ever that the protection the Alec Smith Act offers to patients who are being exploited by Eli Lilly, Novo Nordisk, and Sanofi must be a primary concern for the courts going forward. Read more

On January 20, President Biden issued a freeze on all new regulations that former President Trump had not finished implementing so his administration would have a chance to evaluate them and decide whether they should go into effect. These freezes are standard practice for a new administration taking over for a president of the opposite party; President Trump implemented a similar freeze on his first day in office in 2017. Read more

On November 16, it was first reported that President-elect Biden will appoint Steve Ricchetti as one of his counselors in the White House. We are disappointed that the President-elect would choose a former lobbyist for Eli Lilly and Sanofi to serve in such a senior post in his administration. Read more 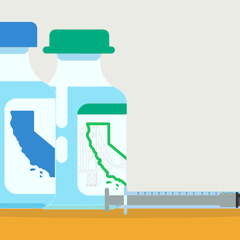 In a significant challenge to pharmaceutical companies, California passed SB852 in the State Assembly with overwhelming support (66-7) on August 31. The bill would allow the state to contract for or manufacture its own generic or biosimilar prescription drugs, and specifically names insulin in response to the demands of diabetes advocates searching for long-term solutions to the insulin price crisis. Read more