As advocates with T1International’s Ontario #insulin4all Chapter, we feel that it is our duty to advocate for the rights of people with diabetes here in Ontario and across Canada. Canada is the home of insulin. It was invented here and even features on our $100 bill. And yet, 100 years later, there is no Canada-wide coverage for insulin.

Our current campaign is called #freeinsulin100. Our goal is to ensure the passage of federal legislation implementing a national pharmacare program by the end of 2021, which would include all Provinces and Territories providing insulin free of charge for all people who require it by the end of 2021. Currently Canada stands alone as the only country in the world with a national public healthcare system that does not also cover required prescription medication. The result is that Canadians pay some of the highest out-of-pocket drug costs in the world, and the financial hardship of this system forces Canadians to ration prescribed medications, leading to poor health outcomes. This is the case for Canadians who need insulin; in a T1International survey they found that almost one in five Canadians with type 1 diabetes had rationed insulin due to cost.

There are some Provincial/Territorial programs that offer support to people living with diabetes. However because healthcare is under Provincial/Territorial jurisdiction, the support one receives depends primarily on where they live. The Canadian Federal government itself refers to the support provided to people who rely on essential medicines as a “patchwork.” Some Canadians refer to the system that we currently have in place as the “postcode lottery”, meaning alleviation of the financial burden of diabetes depends on what your postcode is, or where you live, and not purely on financial or health needs.

For example, in Ontario, full insulin coverage from a Provincial/Territorial government plan is limited to seniors and meeting specific criteria related to income and disability status. In the territory of Yukon, all insulins except Levemir are covered as well as insulin pumps and supplies. In the province of Nova Scotia, test strips, lancets, syringes, and insulin listed on its formulary, and pump and supplies are covered for individuals with T1D under the age of 25. This support for Candians with diabetes based on location also reflects other inequities in healthcare access in Canada. Namely, people of colour, First Nations people, those living in remote or rural areas, or in places with smaller populations, are more likely to have trouble accessing services and economic support.

Our T1International chapter is the primary non-pharma funded diabetes organization discussing this issue in Canada, and we are committed to improving access to insulin for all in Canada. So we intend to send 100 letters to members of our Federal parliament (MPs) from all over Ontario and Canada, calling on them to support pharmacare that will provide free insulin by 2021.

Why 2021? As most people living with diabetes (and most Canadians) know, 2021 marks the 100 year anniversary of insulin’s discovery by Drs. Banting, Best, Collip, and Macleod in Canada. Famously, Banting sold the patent for insulin to The University of Toronto for $1, claiming that the discovery belonged to the world, not to him. Insulin was intended by Banting to be accessible to all who depend on it to live.

Support from T1International has been instrumental in bringing our #freeinsulin100 campaign to fruition. Over the summer, Elizabeth Pfiester hosted two online advocacy trainings for our Chapter. This gave us the tools to hone in on our specific goal: the passing of federal legislation to provide free insulin to all that need it. We are also very fortunate to have former T1International Trustee James Elliott as a Chapter advocate. He brings direction and years of advocacy experience, by way of T1International, to an eager, growing Chapter.

If you think Canadians deserve equitable access to insulin, you can find our campaign online via our Facebook, Instagram, and Twitter accounts. The #freeinsulin100 campaign is going on now and will continue through the entirety of 2021. To kick things off, we’re hosting an awareness campaign throughout the month of November about what it’s like to live with diabetes in Canada, with a spotlight on the variability of coverage from insulin and related supplies across Provinces/Territories. We hope to connect with advocates nationally and internationally, and eagerly anticipate the birth of new Chapters across Canada to join our fight. It’s time for the Canadian government to actualize Banting’s intention for accessible insulin - we think 100 years is long enough for Canadians to wait! 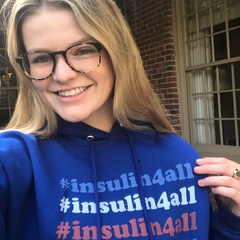 It’s crucial that those of us who have access to insulin use our platform and privilege to fight for our community and for the people with diabetes who are solely focused on surviving. We must serve as the voice for the people with diabetes who can’t use their own because they’re bogged down working three jobs and choosing between putting food on the table for their family or insulin. Read more 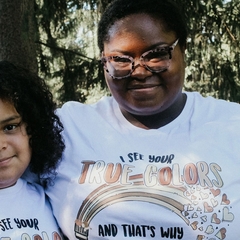 Dexcom G6: Available to who?

But again, we must ask: who is this available to? This technology requires a prescription, and we know that Black and Brown communities are being offered access at much lower rates than their white peers. I am a Black woman with a family history of type 2 that puts me at greater risk of developing it. Interestingly, despite having several family members with type 2 diabetes, my child with type 1 is the first person that has CGM technology, and that was because I pushed for it. Read more 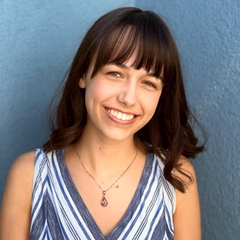 What is the Price? - ¿Cuál es el Precio?

I wrote this piece for an AP Spanish assignment, but it took me on a deeper journey than I expected. I learned not just about the price of insulin but also how it affects people’s decision making, their accessibility taking priority over general wellbeing. In honor of National Hispanic Heritage month, I wanted to share this in English and Spanish, to give the Hispanic community, especially here in the USA, the representation they well deserve. Read more 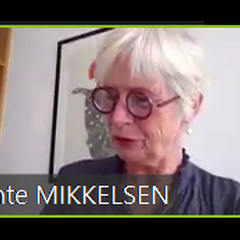 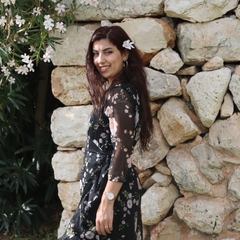