In the world of Type 1 diabetes (T1D), “warriors” are the valiant people living with this chronic condition. Sonia Nabeta was one such warrior, who for 16 years believed that her T1D diagnosis was a gift. Until her earthly candle was snuffed out in August 2015, she was convinced that T1D knocked on her door to sharpen attributes that otherwise would have lain dormant! She credited this ailment for many of her salient qualities, especially her diligence and discipline but most of all her compassion.

It is hard to grow up in a developing country, where abject poverty is never far from sight, and not have an inner voice, loud or soft, that champions social responsibility. Sonia’s inner voice was loud! She embodied that compassion. Understanding the economic weight of T1D, not a day went by without a reflection in her journal or over the radio mike she was afforded, on her long-term dream to intervene.

Many families in Africa have to contend with the prohibitive cost of care! The bare necessities -- insulin, syringes, glucometer, strips -- can set a family back almost 100% of their household income in the developing world.* This is the cost of basic care. However, T1D is a condition that requires a comprehensive and holistic system of care or else the risk of developing more costly and life-threatening complications such as renal failure, retinopathy and neuropathy is almost certain. For example, understanding the impact of the various food groups is critical and calls for a professional, say a dietitian, who can impart this knowledge.

The psychological dimension of T1D is another area whose importance cannot be overstated. Not only does a warrior need counseling to accept and positively embrace a T1D diagnosis; one also has to have the emotional reservoir to maintain optimism and motivation in the face of unrelenting stigma, bullying, and other unsupportive actions within communities and schools due a fundamental lack of awareness and education. Without holistic care, these other dimensions of T1D can overwhelm a warrior and render access to the basic supplies (insulin, syringes, glucometers and strips) futile.

Not be forgotten is the undiagnosed population! Awareness and education are severely lacking: thousands of children across Uganda and Africa as a whole go undiagnosed, sometimes until tragically it is too late. Children, dying, with no explanation at all other than "it just happened..." or “maybe it was malaria”. In Africa, we need medical infrastructure to support warriors, staffed with teams with the capacity and knowledge to provide medical interventions and guidance to warriors through this lifelong fight. In Africa, we need policies that promote and ensure early diagnosis and access to affordable healthcare, protecting our children from untimely death. In Africa, we need a supportive, stigma-free and empowering environment for warriors to soar to their greatest potential.

It is this comprehensive and holistic system of care, which also incorporates all dimensions including education and awareness, that Sonia wanted for all her brothers and sisters in this fight. This is the premise on which she posthumously founded the Sonia Nabeta Foundation whose goal is to alleviate the hefty cost of treatment and provide holistic mind, body and spirit healthcare for low income children with T1D in Uganda.

This past August, the Sonia Nabeta Foundation unveiled its inaugural programmatic intervention and opened the doors of Camp Tuyinza. The 4-day camp that began with a ribbon-cutting ceremony by the Queen of Buganda, Her Royal Highness Nnabagereka Sylvia Nagginda, welcomed 54 warriors and 20 healthcare workers. Tuyinza, a local word that means “we can do this” encapsulated the spirit of the camp. The primary goal was to develop knowledgeable, empowered and educated warriors to improve their long-term health prospects; equip them with the requisite advocacy tools and increased agency to create a policy environment that best represents their own needs and a community that is aware, stigma-free and socially supportive. On the horizon for 2017 are two such camps in the north and east of Uganda.

The young foundation may bear her flag and carry her name, but Sonia’s story is that of countless warriors across Africa. Incumbent on us is the commitment and resolve to continue to challenge the status quo and stave off what need not be a death sentence for a child.

*In Uganda for example, the cost of supplies is approximately $700. Gross Domestic Product per capita (an estimate of house of income) in Uganda is $705.

Vivian Nabeta is the President of the Board of Directors of the Sonia Nabeta Foundation.

You can connect with the Foundation on any of the following social media platforms. 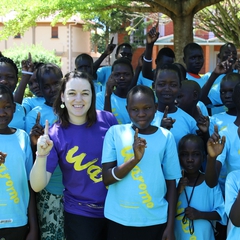 Recently, I was lucky enough to attend Camp Waromo, a four-day diabetes camp hosted by the Sonia Nabeta Foundation (SNF), a wonderful organisation working to ensure that everyone with diabetes in Africa has access to medicine and support they need. T1International was honoured to be invited and to share our advocacy resources and knowledge. Read more

While inequality certainly describes what many people living with diabetes in some parts of the world face daily, it does not fully exemplify the struggles and horror faced by someone who does not have access to their insulin, blood glucose monitoring supplies, or other essential diabetes needs. Read more 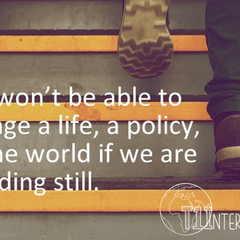 I have been thinking a lot lately about determination and first steps. It can be easy to get discouraged and feel like global diabetes problems – or any problems or adversity we face – are just too big and too much to handle. .. Read more