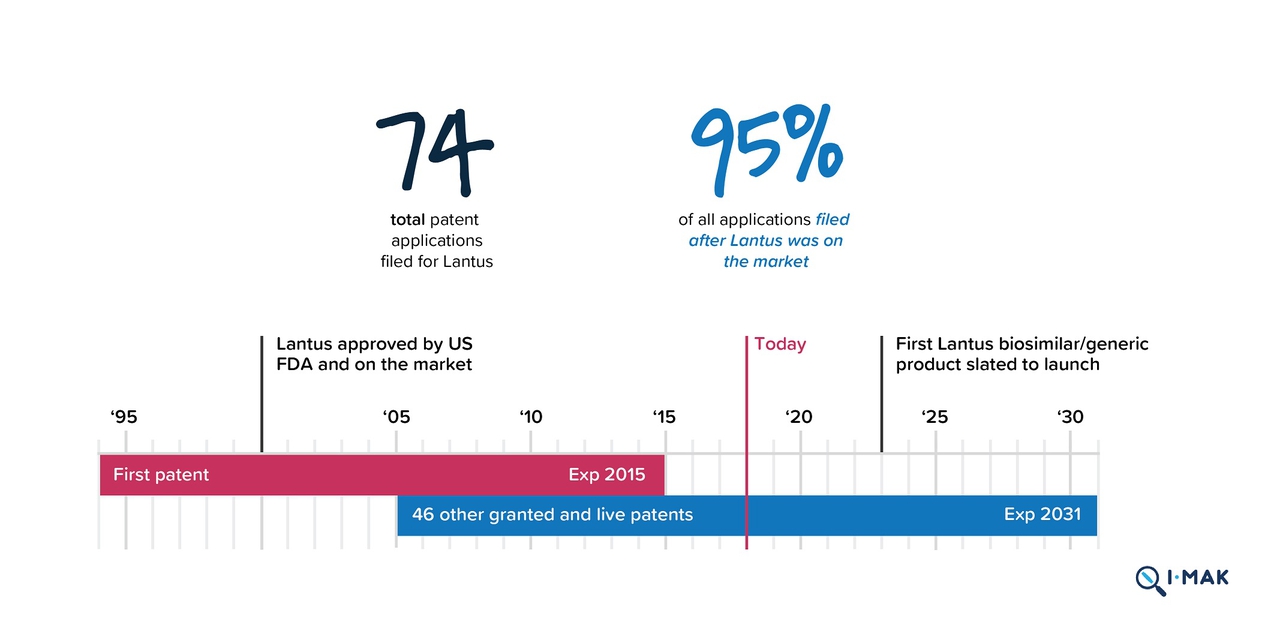 The diabetes community knows the sting of high drug prices. Over the years, the prices of essential insulin has increased at an alarming rate, requiring patients to jump through higher hoops and make more difficult decisions to keep up with costs. But how did we reach the point where so many people with diabetes cannot afford the medicines they need? Our new report on Lantus may provide some insight.

Initiative for Medicines, Access, and Knowledge (I-MAK) is a non-profit dedicated to increasing access to life-saving medicines around the world. Our report shines a light on the pharmaceutical industry’s practice of overpatenting. Pharmaceutical companies take advantage of loopholes in the U.S. patent system to build thickets of patents around their drugs. This ensures they can prevent competition and can keep prices high for decades. Sanofi, the maker of Lantus, is no exception.

Sanofi has filed 74 patent applications on their popular diabetes medication alone, that means Sanofi has created the potential for a competition-free monopoly for 37 years. That’s almost twice as long as the already generous 20-year exclusivity period that exists to reward companies for bringing new drugs to market.

Other key findings in our report include:

This clear abuse of the US patent system by Sanofi, which is repeated across the pharmaceutical industry, allows manufacturers to increase drug prices at astronomical rates without consequences. But for people living with diabetes and their families, the consequences have translated into real hardship.

Featured in the report is an account from Erin Little, a member of the type 1 diabetes community and T1International advocate. Erin has diabetes and began travelling to Mexico for her medication when she could no longer pay the $1,000 dollars per month it costs her in the U.S. “It’s not right,” she says. “Drug companies are squeezing us for every possible penny.”

We know all too well that Erin’s story is not uncommon. Rising prices force many to travel great distances, ration medication, or even go without altogether. As costs rise, patients don’t just bear financial burdens—they bear physical ones as well.

Standing up to drugmakers may seem like a daunting task, but there are steps that can be taken to level the playing field. I-MAK has laid out a set of policy prescriptions in their report. Among other fixes, they call for allowing more public participation in the patent system from patient communities who are the most affected by its misuse. As conversations about drug pricing heat up among lawmakers, I-MAK is committed to highlighting patent abuses while creating pathways to make patient voices and their interests heard.