Patients living with type 1 diabetes have known for years that the list price of insulin in the United States has soared. They’ve paid the price – in insurance premiums, in upfront costs, and also, tragically, in some cases with their health.

But until recently, it has been difficult to prove just how much the list price of insulin has increased, and what proportion of the higher costs for patients have gone to the three main insulin manufacturers – Eli Lilly, Novo Nordisk, and Sanofi – versus other companies in the US prescription drugs supply chain, like insurance companies, pharmacies, and pharmacy benefits managers. Information about pricing negotiations is considered a trade secret, meaning that the actual data is difficult to access. Instead, researchers and patient groups have had to more or less rely on guesswork to estimate the value of price increases, or the highly selective data published by the companies themselves, which do not paint the full picture.

The lobby group representing pharmaceutical companies in the United States, PhRMA, has suggested that pharmacy benefits managers (PBMs) have been the primary beneficiaries of the sharp list price increases of many prescription medicines in recent years. The American Diabetes Association’s Insulin Access and Affordability Working Group similarly reproduced selective data released by the three insulin manufacturers on the differences between the list and net prices – the amount the manufacturer receives – of a few insulin medicines, suggesting that the additional profits accrued by the manufacturers was low relative to intermediaries like PBMs.

But in March of this year, researchers at the University of Pittsburgh provided evidence that the net price of insulin medicines in the United States had also soared – by 51% between 2008-2017. This indicates that while other intermediaries had benefited from list price increases, the manufacturers had too. This may seem obvious, but having data to prove it is important.

For my research with Bill Lazonick, funded by the Institute for New Economic Thinking, it has been key to mapping how the profits from higher insulin sales revenues have been distributed. We wanted to find out whether insulin list price increases in the United States had contributed to higher research and development (R&D) investment by the companies, as they so often claim is the case. What we discovered was that as the list price of insulin has increased in the past decade, the ratio of spending on R&D relative to what the companies distributed to shareholders had actually decreased. While over the period of 10 years, the companies spent $131 billion directly on R&D, crucially we found that during the same period, the companies had distributed $122 billion to shareholders in the form of cash dividends and share buybacks.

Cash dividends are the means used by all publicly listed companies to distribute money to shareholders as a reward for holding shares. Share buybacks work quite differently – companies can buy their own shares from the market, which inflates the value of existing shares on the market. Share repurchasing can also benefit company ‘insiders’, like executives, who often receive pay in shares, because they can decide to time when they sell their shares to get the most value. This is not technically illegal, though it was once upon a time. In the last year, some lawmakers in the United States, including Bernie Sanders and Elizabeth Warren, have called for stock buybacks to be banned.

Fundamentally, the system should not have permitted shareholders to profit in this way as diabetes patients were struggling to access their life-saving prescription medicine. As coronavirus continues to spread around the world, the pharmaceutical industry is facing more scrutiny than ever before of its financing and drug development processes. By understanding how value is extracted by shareholders in the pharmaceutical industry, and what relationship this has to patient access, we can, hopefully, create a better system. 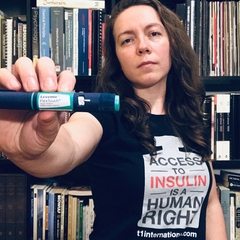 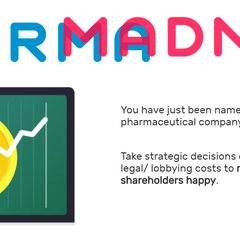 Pharmadness: Your Chance to be a Pharma Company CEO

Last month the Missing Medicines campaign, of which T1International is proudly a member, launched a new interactive game to illustrate the problems with the global research and development model. This experience is something that everyone should a few minutes to try. Read more