This trip will allow people with diabetes and their families to save money on a medication that is essential to the survival of patients with type 1 diabetes, and will illustrate the critical price difference between the insulin available in the United States and the identical drug available in Canada. Advocates will emphasize the need for federal government action to create true, long-term solutions to relieve suffering and end deaths due to rationing insulin.

Since 1996, the list price of insulin has increased by 1300% in the United States, and patients without insurance or with high-deductible insurance plans now pay an average of $300 per vial. Meanwhile, patients in Canada pay around $40 per vial for insulin made by the same corporations. Studies have estimated that a vial of analog insulin costs between 3.69 and $6.16 to manufacture.

T1International’s Executive Director, Elizabeth Pfiester, said about the Caravan, “We know that many people couldn’t make this trip because they cannot afford the costs associated with traveling to another country to buy insulin there. Our T1International Chapters exist to push for long-term solutions for everyone, and we hope this will emphasize the need for urgent reform to ensure that all patients have affordable and continuous access to their essential insulin.”

“Access to life saving drugs should be a right, not a privilege,” said Health Care Voter Campaign Director Rosemary Enobakhare. “No one should die because they cannot afford their insulin — and we need politicians and pharmaceutical executives to start defending patient lives.”

While in Canada, the group will also visit Banting House, known as “the birthplace of insulin.” Banting House is the historic home of Sir Frederick Banting, who, together with Charles Best, James Collip, and John Macleod, discovered insulin in 1922. The men sold the patent for insulin to the University of Toronto in 1923 for $1 each, in the hopes that insulin would be available and affordable to all who needed it. T1International will hold a press conference during the group’s visit to Banting House. More information about the press conference is forthcoming.

T1International and Health Care Voter invite the press and U.S. politicians to join them on this caravan, to talk to #insulin4all advocates and their families about how the exorbitant cost of insulin in the United States has affected their lives. Chapter Leaders and patient advocates are prepared to work with anyone who is ready to take measures to truly put an end to the insulin price crisis.

“Buying insulin abroad makes a strong point about how insulin manufacturers are price gouging patients, but it isn’t addressing the root cause of the problem: the need for lower list prices across the board,” said Nystrom.

Rippolone added, “We will keep advocating until everyone has affordable access to the insulin and supplies they need.”

Questions about T1International should be directed to U.S. Advocacy Manager Allison Bailey by phone at (202) 417-6115,or by email to [email protected]. 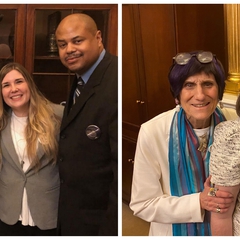 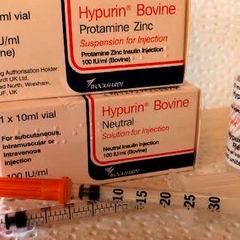 Canadians, too, are struggling with the rising cost of insulin therapy, as James Elliott has noted. This situation has come about in part because governments have given 100% control of the supply of insulin to global manufacturers, three of which now control 95% of the world market. Read more

Last month, Hoosiers living with type 1 diabetes delivered to the Indiana General Assembly a petition signed by over 500 people demanding that the House Public Health Committee hear a bill to establish a study committee on rising prescription drug prices. Their efforts have paid off. Committee Chair Rep. Cindy Kirchhofer has set the legislation, House Bill 1029, for hearing on Wednesday, February 6th at 3:30 PM in the House chamber. Read more