CONTENT WARNING: This post contains references to people dying due to lack of insulin, including links to graphic footage that people may find distressing.

When widespread Black Lives Matter protests erupted in the summer of 2020, the diabetes online community began crowdsourcing ideas about how to safely participate. Concerns grew in response to an incident in which police confiscated the supply bag of a protestor with type 1 diabetes, despite her consenting to a search and communicating her need for glucose.

A viral video of the encounter revealed another pressing need of the diabetes community: how to safely navigate encounters with law enforcement. This led me down a rabbit hole that heightened my alarm as I found story after story of police and prisons withholding insulin.

In 2013, footage from Rikers showed Carlos Mercado repeatedly vomiting, fainting, and displaying signs of severe illness in the presence of corrections officers. At age 45, he died after having his insulin withheld for 15 hours.

In 2014, William Joel Dixon was found dead in his cell after his insulin was withheld for seven days. Records show that his blood sugar was only checked once during that week. He was 28 years old.

In 2015, Michael Robinson died after being put in solitary confinement in response to his pleas for insulin. He was 33.

In 2016, Morgan Angerbauer’s death in an Arkansas jail cell was caught on video. Records show that she had been calling out for help, but was ignored. She received no insulin for 23 hours, and her requests for blood glucose checks had been denied. She was only 20 years old.

In all these situations, staff were aware that the victims required insulin to live. In all the cases, insulin was withheld long enough to induce diabetic ketoacidosis, a potentially fatal complication that usually occurs in people with type 1 diabetes who do not have regular access to insulin. It is a torturous and almost completely preventable cause of death, yet it is far too common in US prisons. Since 2008, at least 12 such deaths related to withholding insulin have occurred in the state of Georgia alone.

Diabetes symptoms have also often been criminalized. In August 2020, Max Johnson, a black man with type 1 diabetes who was having a seizure due to hypoglycemia, was dosed with ketamine by police and Emergency Medical Services (EMS) after his girlfriend called them for help. The same drug that killed Elijah McClain, ketamine was reportedly delivered to Johnson at such a high dose that it rendered him unable to breathe and led to a two-day stay in the ICU. The American Diabetes Association has documented many other cases in which people were denied insulin, or had their diabetes symptoms treated like criminal behavior by police.

These instances flagrantly defy the 8th and 14th amendments of the United States, which protect the right to adequate medical care for incarcerated people as well as those in police custody. Since the law is unequivocal, it is distressing that violations are commonly committed by the very individuals and systems meant to enforce it.

One factor perpetuating this is the lack of recourse for victims and their families. It’s hard to successfully bring a case against the police or a prison. Even if such a case is won, it doesn’t bring back a lost life, reverse damage from chronic hyperglycemia, or ease the trauma of being brutalized by those called in to help you through a medical crisis.

So what can be done? Standards of ethical behavior need to be raised for police, EMS, and corrections officers. Given how common the condition is among incarcerated individuals, anyone working with this population should be educated about diabetes, its basic management, and the signs of acute crisis. Deaths due to subpar medical care aren’t rare occurrences. Chronic illnesses are the leading cause of death in US prisons and are probably frequently covered up.

This disproportionately impacts Black Americans, who have higher rates of incarceration, diabetes, and diabetes-related complications compared to their white counterparts. Diabetes is too often a death sentence in the prison setting. Advocacy for prison reform is urgent.

It is time to recognize that incarcerated people with diabetes are particularly vulnerable to insulin insecurity. #insulin4all is more than a hashtag: It is a rallying call to everyone impacted by insulin inaccessibility, and a mournful cry for all who have lost their lives while insulin remains clearly in view, but cruelly out of reach. It’s a demand for justice for everyone who needs insulin to survive, including incarcerated people with diabetes. We must find ways to meaningfully include and involve this population in our activism. 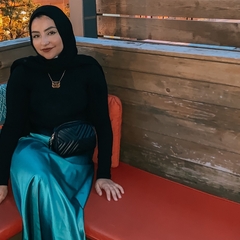 Underrepresented Communities and Navigating the System

Seven years after my diagnosis my brother was also diagnosed with type 1 diabetes which made the already bad financial burden worse. Although all people with diabetes struggle with how expensive diabetes can be, immigrants and people of color often do not have access to quality health insurance (or any access) so they are less likely to benefit from advanced diabetes technology. As I got older I began to understand how difficult it is to navigate a system that makes it harder for people in underrepresented communities to get adequate care. Read more

T1International has been made aware of a recent increase in hateful speech, as well as disrespectful and non-collaborative behavior on the #insulin4all hashtag. While hashtags cannot be owned by anyone, T1International’s global work is tied to #insulin4all. As one of the creators of the hashtag, we want to acknowledge our concerns over these issues and set clear lines about what we stand for as an organization, and what we do not. Read more