T1International supports local communities by giving them the tools they need to stand up for their rights so that access to insulin and diabetes supplies becomes a reality for all. We are excited by how far our charity has come in the last few years.

We are proud of being a very hard-working group of determined people living with type 1 diabetes, and so grateful for our volunteers, advocates and supporters around the world. Below we have broken down our monthly highlights, which is a good overview of our biggest achievements of 2017.

January: T1International connected with Hagens Berman about their lawsuit on insulin pricing, and encouraged people with diabetes to share their story as part of the case.


April: T1International shared information about the critical situation in Venezuela. We are continuing to communicate with people in Venezuela and those who have fled to find ways to support. No insulin can leave or enter the country, so it is a huge challenge, but our advocacy toolkit is now available in Spanish and we are sharing copies with parents doing advocacy on the ground.

May: T1International provided advocacy training in Uganda. Founder and Director Elizabeth worked with the older warriors to support them in creating an advocacy plan to get the government to provide syringes, which are essential for injecting life-saving insulin. The advocates are empowered and they are taking action locally to ensure the government steps up.

June: T1International and other organizations sent a letter to the WHO Director General-elect, encouraging more focus on diabetes and access issues.

July: T1International received a Small Charity, Big Impact award. There were over 300 entries into the first FSI Small Charity Big Impact Awards. Those selected by the judging panel won their categories as they clearly showed how they measure their impact, use it to improve their services and share it to build trust. You can see our award video on YouTube.

August: T1International began our online advocacy training programme, giving advocates in different countries around the world the tools to carry out an advocacy plan. We have trained seven advocates with plans to train at least 12 more in 2018.

September: Along with People of Faith for Affordable Medicines, T1International led a demonstration outside of Eli Lilly HQ to call for transparency and lower insulin prices. We also held an online day of action for those who were unable to attend in person, providing easy-to-follow steps for supporters to take action. We hope to do other actions like this in 2018.

October: Newly translated toolkits in French and Spanish were shared online and distributed to our partners around the world. The toolkit has now been mailed to more than 20 countries and distributed to 215 people. We also released an #insulin4all talking points guide for people to share with the government representatives and other advocates.

November: Trustee James Elliott had an article published in The Nation regarding HHS Secretary nomination Alex Azar. T1International and The Nation then partnered in an action, raising concerns about the nomination, with over 4,000 people taking part.

December: T1International also carried out a joint action with Patients for Affordable Drugs regarding value based pricing and the dangers it could bring for people living with diabetes. The action led to a meeting with Congresswoman Diana DeGette's team where T1International raised concerns of patients and discussed wider insulin access/affordability issues.

Funding
We will always be transparent about how we earn and spend our charity funds, none of which come from sources that could compromise our independence and ability to speak out for change. The graphs below show you how our funds were used in 2017.

And a special thanks to the following people...

Global G1vers
Our T1International Global G1vers make a monthly contribution to T1International. These gifts range from $5 to £25 and they allow us to plan our vital work in advance. These donations make a huge difference in the lives of people with type 1 diabetes. We are so appreciative of our growing team of Global G1vers.

Trusts and Organisations
We are incredibly grateful to the Souter Charitable Trust for their £2,000 grant that will support our advocacy work. We also want to thank the Jochnick Foundation for their generous £10,632.69 grant that is making our online advocacy training possible.

Volunteers
T1International volunteers helped us in various areas including digital advocacy, fundraising, website support, data & IT, resource creation, and so much more. Without our crew of 30+ volunteers we would not have been able to achieve all that we did in 2017. Thank you! 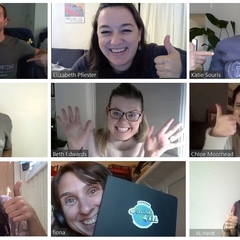 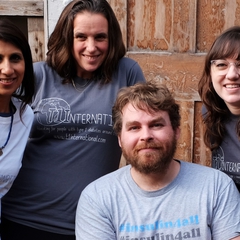 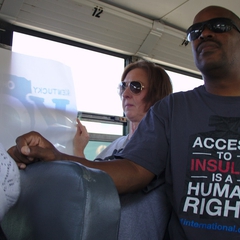 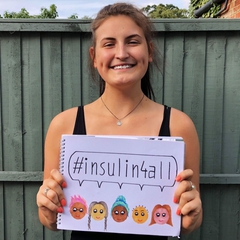 My Experience as an Intern for T1International

In this instance I was glad to get to know all the advocacy that T1International carries out for and with people with type 1 diabetes. Working with T1International and seeing the good they can do through their social media accounts alone has proven to be really inspiring. It was great to see how one charity, through all its projects, can make such a step towards a better life for those with type 1 diabetes. Read more 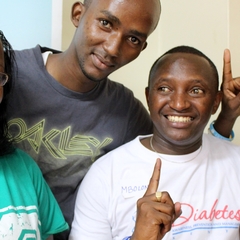 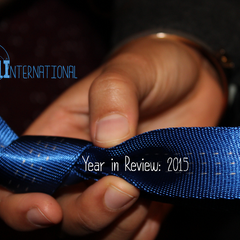 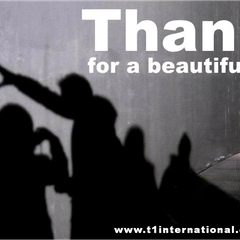