Until Sir Frederick Banting and his team at the University of Toronto discovered insulin 100 years ago, type 1 diabetes was a death sentence. Almost overnight, insulin changed the fate for people with diabetes forever. Recognizing this miracle of science, Banting and his team sold the patent for a single dollar. Rather than become rich, they recognized that the value of insulin went beyond monetary gain, that insulin was the key to life and death for millions alive and unborn. Yet, this never came to be.

After insulin was isolated and refined, it was quickly commodified and exploited by the pharmaceutical industry. Corporate giants Eli Lilly, Novo Nordisk, and Sanofi cornered the manufacture of insulin, established a monopoly, and systematically raised prices to gouge those who were wholly dependent on the medicine to survive. Today, we live in a world where one in two people globally cannot access or afford insulin. In countries such as the United States, where the myth persists that it has the best healthcare system in the world, individuals with type 1 diabetes are dying due to insulin rationing. Merely because they cannot afford it.

For some, the first 100 years of insulin has been a great, life-affirming success. For others, it has been a failure, where leaders and organizations in power have chosen profits over the lives and welfare of human beings. In these 100 years, the barrier has not been medicine, but those who control it and those who allowed that control to happen.

How will we shape the next 100 years?

T1International is made up of patients, advocates, and volunteers who have a vision for a different and better future. We know that we have the power now to create a better world and more equitable system for the next generation of people with diabetes. In the next 100 years (and hopefully sooner) we believe we can live in a world where:

Insulin, supplies, and diabetes technologies are accessible and affordable across the globe.

By this time, everyone with diabetes has what they need to survive and achieve their dreams. Even more than just having baseline access, insulin has become an equitable resource. No longer are patients divided by price, but rather everyone is provided with the medicines and healthcare that are best suited for their body and their choices. This means that other elements of diabetes treatment, such as blood glucose monitoring and preferred devices, are recognized as essential components of diabetes management, just as is an individual’s preferred insulin.

Education, science, and human compassion have decisively won out over fear, unjust prejudice, and greed.

Having diabetes is not your fault. And a century from now, everyone will know this to be the truth. By educating the public and future generations, we have created a world where no one thinks of chronic disease as a curse. Rather, diabetes and its management has become just another element of what makes us unique and different. In this future, we have shifted blame away from the patient and fully realized our power. Rather than rely on the machine of a profiteering healthcare industry, we have elected to build a world where the wellbeing of individuals is the duty of our leaders and the society we create for ourselves.

We have fundamentally shifted our priorities as a society. Profits are no longer more important than people’s lives.

All over the world, people have banded together and declared that improving and sustaining human life is the essential activity of society. In this world, financial statements and quarterly returns are no longer the most important forces in our lives. With a focus on equity, society has evolved to position human life and wellbeing at the center of its priorities. Being able to afford to live is no longer a question, and the medical facilities of the future ensure that patient health of all people around the world is their first and only purpose.

It should be noted that we hope the above proves true for all medical conditions and disabilities. By changing our mindset as a society, the goal is to view healthcare as an unquestionable right for all, not a privilege merely for those who can afford it.

What happens when a cure for diabetes is finally discovered?

While we look forward to a day when diabetes is truly cured, there are many uncertainties that make it hard to rely solely on this outcome. Maybe another miraculous innovation takes place and this is suddenly within our grasp. And if it does, are we proactively creating a world now where access to that cure will be equitable? Are we paving the way now to a cure being affordable and accessible by ensuring that existing essential diabetes treatments are affordable and equitable? Or will Big Pharma hold the keys to the cure too? This century proves that if private, corporate exploitation can occur, it is almost a guarantee that it will. Until a clear and obvious cure exists, let's get what we know works directly into the hands of those with diabetes: insulin, knowledge, and comprehensive health support.

What are we doing today to create the future we believe in?

Recently, the T1International Community voted on its Global Advocacy Priority to focus on for the next 1 to 3 years. The top priority was: The average combined monthly out-of-pocket cost of insulin and blood glucose testing supplies represents no more than 5% of median income in any given country for people with diabetes by 2025.

Accomplishing this shared priority will require our community to work together, even while spread across the globe, to build public awareness, influence decision makers, and hold pharma and industry accountable. It will require that we as an organisation maintain a strong voice for the rights of people with diabetes in global alliances and forums. Finally, it will require innovative tactics that we plan to source from the wisdom of our advocates.

In addition to this unified advocacy priority, we will continue to support advocates around the world to set tailored goals and make the changes they see as most important to their local communities. We will also continue to build community and support the power of our collective strength.

We can all start by recognizing that we are not alone in our diabetes. In the past century, too many of us hid our conditions out of fear, anxiety, or lack of understanding. In order to better ourselves, we must start by uplifting those around us. In the end, we get to choose what our reality looks like if we raise our voices together and take action. The next 100 years will be better than the last, and we’ll be there along the way. 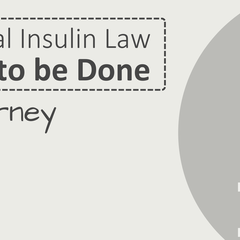 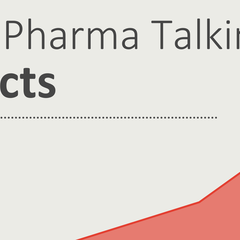 Misinformation about diabetes and insulin is all too regularly spread in both the media and on social platforms. In this post, we outline 5 of the most common talking points used to explain away price gouging and how we can use the facts to overcome this narrative. Read more 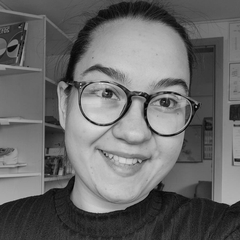 Lejla Druškić, Global Advocate from Bosnia and Herzegovina, is a fearless speaker. Since joining T1International’s Global Advocacy Network in July 2021, she has been an invited speaker at the 3rd annual Congress of Diabetologists and Endocrinologists of Bosnia and Herzegovina, serving as a patient representative on a panel of patients and healthcare providers. Read more 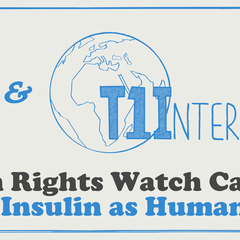 A report from Human Rights Watch powerfully illustrates the human impact of sky-high insulin prices through the testimony of 18 insulin-dependent people living with diabetes in the United States.