Why does insulin cost so much to patients in the USA and around the world? Why is insulin, a widely sold drug of which most forms are now off-patent, so incredibly expensive? These are simple questions, but ones with a number of complicated answers. This post will break some of those answers down and point you in the direction further reading if you want to dive deeper.

1. Only 3 Companies Control 90% of the Global Insulin Market

The ‘big three’ insulin producers – Eli Lilly, Novo Nordisk and Sanofi – dominate more than 90% of the world insulin market by value. Often only one of these companies supplies insulin in a country, which means they more or less hold a monopoly there and can set prices as they wish. In some countries, notably China and India, there are domestic insulin companies that can help drive down the price. This means we need more companies in markets like the USA to help bring prices down. We’ll touch on that a bit further down the list.

When it comes to the question of generic insulin, we are faced with another complicated issue. Insulin is a therapeutic biological product (or 'biologic'), rather than a chemically synthesized molecule. This means it cannot be made as generic in the same way as other drugs. Creating what is called a biosimilar is a lot more complicated and expensive than just duplicating a chemical molecule. There is little market incentive to produce biosimiliars because it costs nearly as much as making new drug, and companies must go through all the approval stages and trials that a new drug is required to go through. Not to mention, current biosimilar insulins on the market – primarily produced by the ‘big three’ – have only reduced the price by about 10-15%. For more on biosimilars and the 2018 FDA announcement read this and this.

A ‘Pay for delay’ agreement is a patent dispute settlement in which a generic (in the case of insulin, a biosimilar) manufacturer acknowledges the original patent of a pharmaceutical company and agrees to refrain from marketing its product for a specific period of time. In return, the company receives a payment from the patent-holder. This means it is actually legal for one insulin producer to pay another one not to enter the market. A few years ago the company Merck announced plans to sell a biosimilar version of Sanofi’s Lantus. Sanofi sued, and eventually Merck announced that it was no longer pursuing it’s biosimilar, presumably due to payments from Sanofi to stay away. If Pay for delay schemes don’t work, the ‘big three’ can still sue other players, prolonging processes and pushing players out of the market because of legal fees and time-wasting. All of these are win-wins for companies, and lose-lose for patients.

Why aren’t we seeing more companies making insulin? There are many reasons for this, but patent evergreening is a big one. Patents give a person or organization a monopoly on a particular invention for a specific period of time. In the USA, it is generally 20 years. Humalog, Lantus and other previous generation insulins are now off patent, as are even older animal based insulins. So what’s going on? Pharmaceutical companies take advantage of loopholes in the U.S. patent system to build thickets of patents around their drugs which will make them last much longer (evergreening). This prevents competition and can keep prices high for decades. Our friends at I-MAK recently showed that Sanofi, the maker of Lantus, is no exception. Sanofi has filed 74 patent applications on Lantus alone, that means Sanofi has created the potential for a competition-free monopoly for 37 years.

Companies are not in the habit of throwing money away, and they are not in the habit of staying out of politics. Eli Lilly, Novo Nordisk, and Sanofi collectively rake in several billions of dollars in profits. That’s not millions, but billions – with a B. We know they spend millions on marketing, but they also spend millions on lobbying politicians and donating to our decision-makers so that they keep quiet about price gouging. Check if your representatives receive contributions from one of the ‘big three’ insulin manufacturers or any pharmaceutical company. Chances are, they do. Not to mention, the revolving door between pharma companies and US Government positions. Our current secretary of Health and Human Services was previously an Eli Lilly executive. Obviously, his interests are not with people, but with power. This is why independent patient voices are so important.

These Business Insider graphs pretty much say it all.

Several lawsuits alleging some form price-fixing are currently in the works. You can read more here and here.

Physicians in the United States and some other countries are allowed to collect fees from pharmaceutical companies for talks, advice, and more. Supposedly, these are to compensate physicians for their expertise and time. However, they can create loyalty to a company and may influence prescribing habits – a belief shared by some pharmaceutical salespeople. In some countries like India, physicians are allowed to sell and profit off insulin directly through patients, or through pharmacies they themselves own, cutting out middlemen and the retail pharmacies. Thus, they lose the incentive to find the lowest price insulin for their patients. Insulin companies also focus on ‘insulin-starts’, or the insulin the physician diagnosing patients begins with. As patients are reluctant to change, a number of marketing and financial incentives are employed to influence this decision.

8. Payment for Influence (or Silence)

Many major key opinion leaders, influencers, and patient advocacy organizations take pharma cash. For example, the two biggest diabetes organizations – The American Diabetes Association and The Juvenile Diabetes Research Foundation – have accepted huge sums from insulin manufacturers. Other groups were actually created by money from the ‘big three’, like the World Diabetes Foundation which is funded by Novo Nordisk, and other supposed advocacy groups that are actually doing pharma’s bidding, or at least are highly influenced by them. If this issue is important to you, check the funders of an organization you want to support, and if it’s not transparent, you can ask if they take industry money.

What Can be Done?

Patients are speaking out about these issues all around the world. In the USA where prices have skyrocketed especially, T1International Chapters are being formed where patient advocates are educating and pushing for policy change. You can learn more about Chapter here and find more information and action related to the insulin price crisis here. Whatever you do, wherever you are – don’t stay silent. 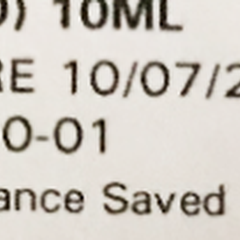 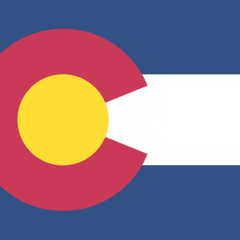 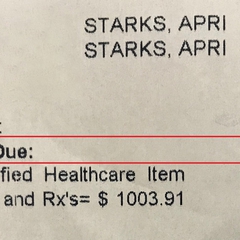 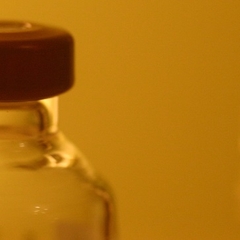 What is Needed to Improve Affordability of Insulin?

We have dozens of insulin products on the market, consisting of human, animal, and analog insulins. Many of the originator products are off patent or soon coming off patent, allowing for generics and biosimilars to enter the market. Yet availability of affordable insulin continues to be a problem... Read more

What’s The Deal With Generic Insulin?

At first glance it would seem that generic forms of insulin (versions created when patents expire) should be making a significant impact on global insulin prices and therefore the ability of people to access insulin. On closer inspection it is clear that they have not yet made a noticeable effect. Read more