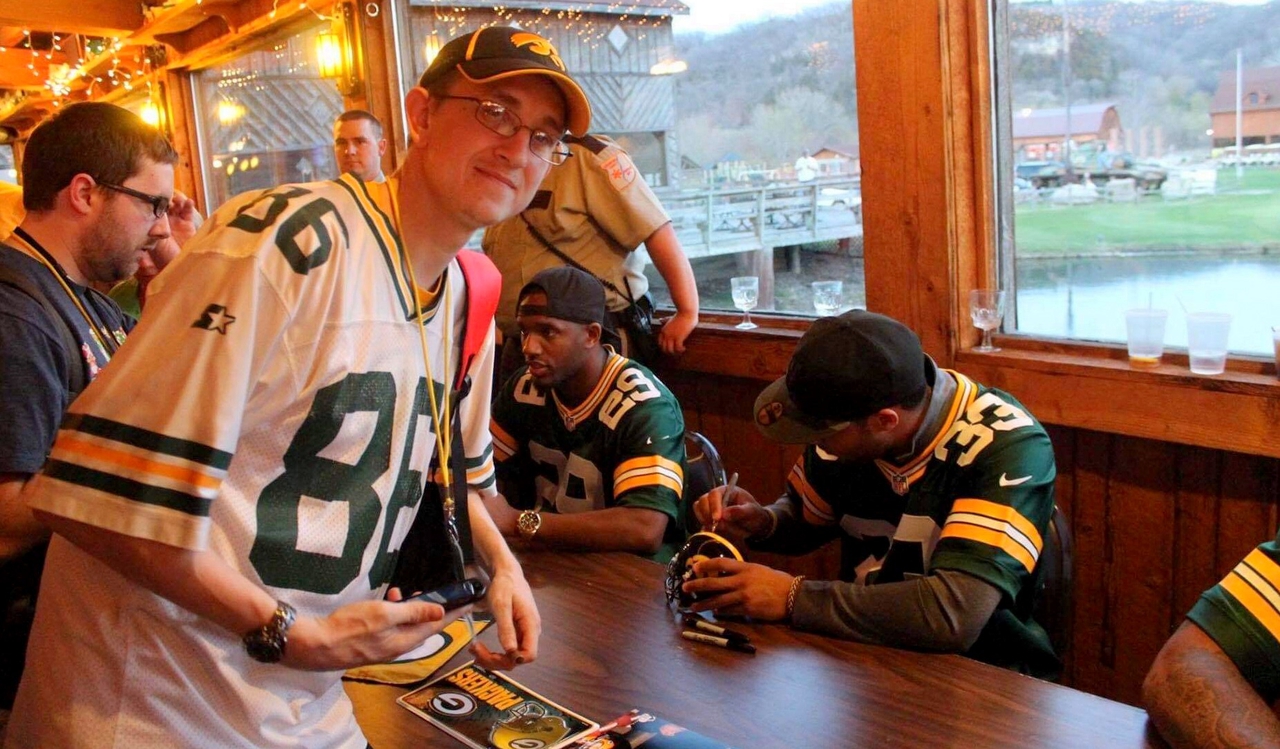 On February 7, 2018, 32-year-old Jesse Lutgen passed away. He lost his job and health insurance the November prior to his death, and he did not qualify for Medicaid. The least expensive insurance plan he could enrol in had a $10,000 deductible. Jesse received his last vials of insulin from a family friend.

His family did not realize he was rationing his doses until they were cleaning out his apartment after his death. They found no insulin or test strips in his home. Today, on what would have been Jesse’s 34th birthday, his mother, Janelle, reflects on her son’s life.

I miss those hugs. Today is Jesse's 34th birthday. He was diagnosed with type one diabetes at 12 years old. But he wasn't just a diabetic, he was so much more. A son, brother, cousin, and friend. He loved his Packers more than anything. Whenever an Iowa Hawkeye became a Packer, you can bet they went to the top of his list. Football will always feel, taste, and sound like Jesse.

He loved his Cubs. Shortly after diagnosis I picked him up Ron Santo's book, For Love of Ivy. Santo became his all-time favorite. After Santo passed, Jesse said he “had to scratch that one” off his bucket list. He meant that now he could not get the chance to meet Santo. Maybe they have bucket lists in Heaven.

After losing Jesse, I have more fully realized the high cost of insulin. It is disappointing that things have gone this far. I fight for accessible and affordable insulin so that no one has to go through what Jesse did.

I have been blessed to be connected to T1International and the Iowa Chapter of #insulin4all. They have worked hard to make legislative changes in many states, and have shared Jesse's story, in hopes of educating the public about the real life costs of high priced insulin in America. I'm proud fight alongside them.

If you want to support an organizaton that is working and creating change for diabetics. I highly recommend them, and together we will keep fighting for change.

I miss Jesse every day, I miss our lunches together. But I really miss those hugs.