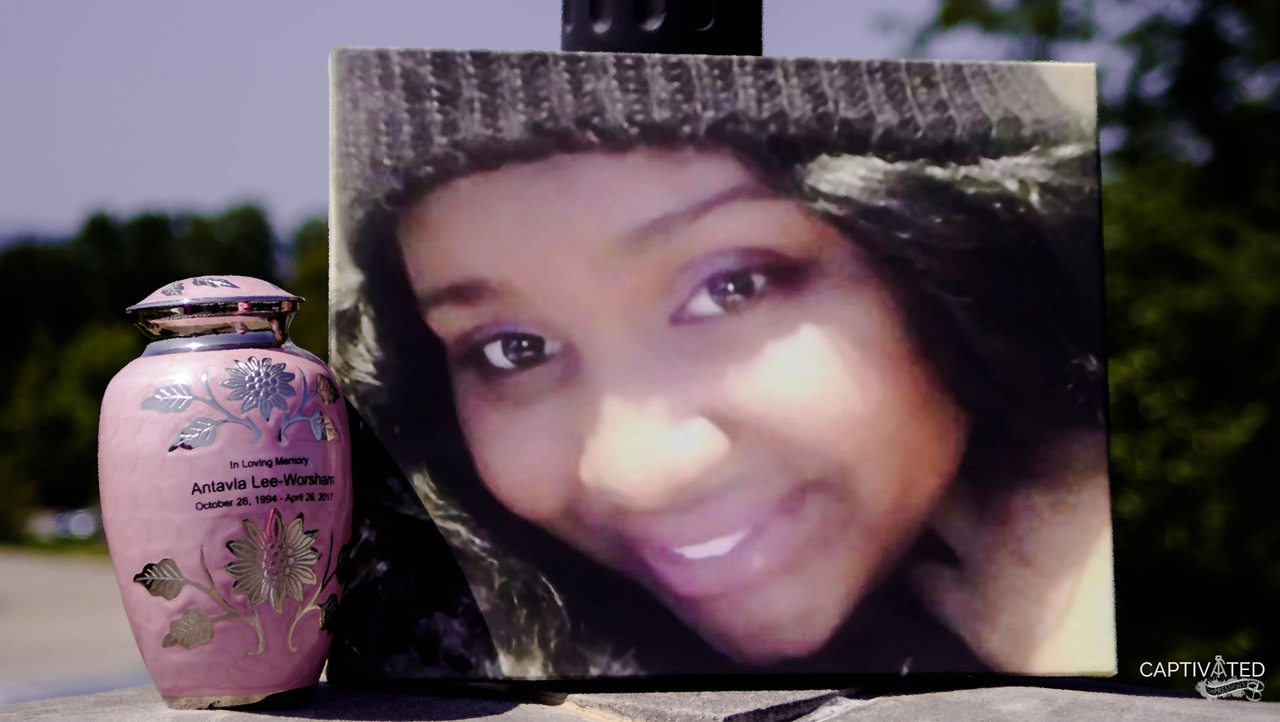 Antavia was diagnosed with type 1 diabetes at the age of 16. She graduated from Woodword Technical High School in 2013 and continued postsecondary at Cincinnati state College studying Business Management. Antavia worked as a security agent at the Delta airline building and seasonal employee at the Paul Brown Stadium as a concession attendee. She loved to work. She enjoyed being around family, especially her little cousins, and she was not yet a mother. On April 26, 2017, while at work I received the most heart-breaking call that Antavia was unresponsive. Her brother found her in bed, faced down with an empty insulin pen by her side. I waited 12 weeks to get the autopsy back that revealed Antavia passed away of diabetic ketoacidosis, also known as DKA.

Antavia was covered under my insurance, which is a high deductible health plan. She had secondary insurance called Children with Medical Handicaps (CMH), a program only available in Ohio, but she had aged off at the age of 21. We realized that Antavia had started to ration her insulin when her CMH coverage ended.

After Antavia passed away, I founded T1Diabetes Journey Inc. (T1DJ), a 501c3 non-profit organization in Cincinnati, Ohio. The mission of the organization is to spread diabetes awareness in the community and assist diabetics through their maintenance journeys. T1DJ has three programs: education and prevention, financial assistance, and fitness. These programs help diabetics throughout their entire diabetes journey.

Since my tragic loss, my advocacy has increased. As a mother of two girls with type 1 diabetes, my education and knowledge of the disease can still always improve. Since Antavia’s death, I continue learning more and more every day. Due to the increasing deaths caused by DKA and high insulin costs, a proclamation was approved by Mayor John Cranley of Cincinnati. April 26th is now a day observed in Cincinnati as Diabetic Ketoacidosis Day. I will be working to get this approved through the entire state and I hope other advocates will follow in their states.

I am proud to spread awareness of the impact that high insulin costs is having on the American people. I will continue to fight, as I have another daughter who is 19 and battling type 1 diabetes as well. I am thankful to have received an invite in January 2019 by Congressman Elijah Cummings to testify in front of the House Oversight Committee about the high cost of insulin and how it is impacting patients in the USA. I have been interviewed by many news outlets including People Magazine and CNN. US Congressman Bernie Sanders has also published a video.

I hope Antavia’s story will touch the hearts of the pharmaceutical companies, Congress, and everyone who can help ensure that insulin is affordable to the American people. Living with type 1 diabetes like other chronic illnesses is unaffordable, which forces people into situations where they become noncompliant with managing their care. I hope one day insulin will be as affordable as it is in other high-income countries, and I am glad to add my voice and Antavia’s story to the #insulin4all movement.